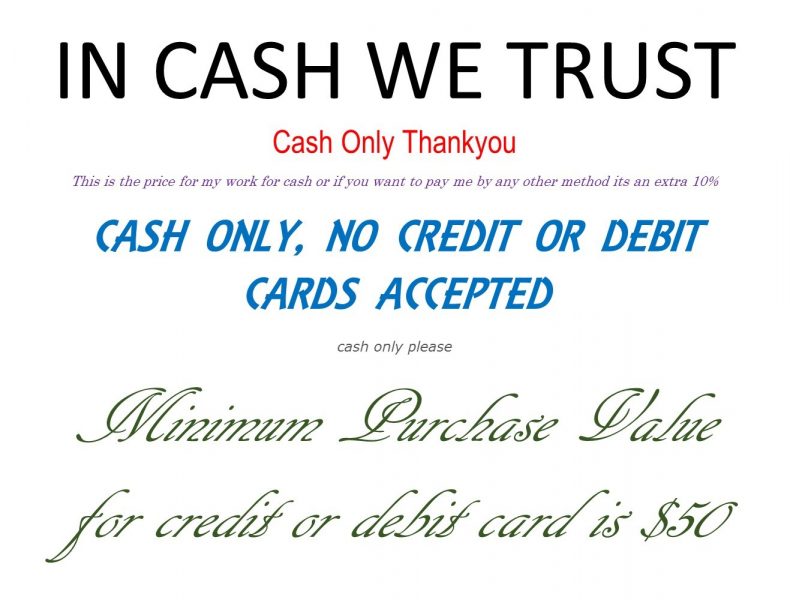 The cash economy in Australia is thriving. It represents the best way to keep more of the money earned in a relatively shorter period of time compared to most of the institutionalised methods.

Businesses, trades people and even some professions live by the mantra “In Cash We Trust”. The government has consistently avoided scrutinising the financial workings of certain industries due to the difficulty associated with policing cash transactions and by default conveying a ‘pseudo government approved’ method of ‘earning a crust’ and building wealth.

What’s surprising, is that the Australian Taxation Office has turned a ‘blind eye’ to most of the cash based transactions conducted by individuals in certain industries, specifically those that can’t be traced under the guise of the often touted ‘data matching technique’.

The ATO restricts its investigation of the cash economy into 3 main areas, namely, 1) Encouraging the community to report suspected tax evaders, 2) Conducting small business benchmarks and 3) Reviews and audits. All of these methods are conducted in the comfort of a tax payer funded office whilst sitting in front of a computer screen.

Therein lies the problem, it’s a restricted approach with limited outcomes and it’s not working well enough, as the total worth of the black economy in 2001, estimated at $13.4 Billion is now estimated by the Australian Bureau of Statistics to be in excess of $21 Billion or 1.5% of Australia’s GDP. This can only be interpreted as a resounding failure by the ATO.

At the end of each financial year, the ATO will typically announce its ‘hit list’ of taxpayers it is going to target for lodging questionable tax returns by setting up specific target areas, to investigate whether there are excessive deductions or understated incomes requiring review. In 2017, The Australian Tax Office is targeting a number of areas including vehicle and investment property claims, people profiting from the sharing economy like Air BnB hosts and Uber drivers.

These measures have been projected to attain $632 million in additional taxes. This was the big announcement of the Turnbull government to tackle the illegal cash economy which is costing up to $15 Billion in lost revenue per year.

These imbeciles would not have been tolerated in the corporate world, they would have been fired instantly for merely suggesting a plan with such limited returns. This is why the Cash Economy has almost doubled over the past 16 years.

This ATO interdepartmental committee have been touting that their ability to match and use data in a very specific and sophisticated manner, stating they collect information from a number of sources, including banks, other government agencies, industry suppliers as well as the real estate and car sales markets.

The man heading the federal government’s “Black Economy Taskforce”, Board of Tax chairman Michael Andrew, has tabled some recommendations in his interim report to include education programs aimed at helping the public better understand their tax obligations.

Every time a government official talks about educating the community around obligations, it conveys a soft approach and inevitably delivers negligible change. Tax obligation education has been touted many times over the past 16 years but the Cash Economy continues to outstrip any tax revenue gains 19 to 1.

The one constant though, is the ever increasing spend of tax payer funds to pay for political ideas for the purpose of improving the employment tenures of our self-serving politicians.

One of the faster ways to make more money and keep what is earned without out paying tax is to open up a café or casual restaurant. The restaurant, café and caterers industry in Australia, accounts for approximately $15 Billion in turnover per year and employs around 250,000 people across more than 40,000 businesses.

In recent years, many of these establishments have transitioned to ‘cash only’ methods of payment, a Genius move, as the ATO investigative techniques whilst sitting in an office are extremely limited. Investigation in the ‘Greek Corridor’ suburb of Oakleigh, 20 kilometres south east of Melbourne, has shown a proliferate increase in the number of cafes and eateries opened in just the past 5 years. A similar scenario has played out in the Melbourne suburb of Carnegie over the same period with comparable outcomes.

In both suburbs, the ‘cash only’ and cash proportion of transactions has markedly increased. Upon questioning individuals with knowledge of the inner workings of 4 of these businesses in both suburbs, the insights gleaned have been surprisingly innovative on how cash is hidden from the tax man. The so called sophisticated manner of collecting information from other government agencies has been mitigated by the complete absence of and/or limited disclosure of the total number of employees working in these establishments as registered for Work Cover. What’s being done to curtail this practise…nothing…yes, this is a freebie.

Any further insights can and will be provided, but only under the strict confines of a court appearance subpoena.

In the building industry, there are collectively tens of thousands of plumbers, electricians, carpenters and builders that take advantage of the ATO’s inability to visualise the massive extent to which these tradespeople are rorting the GST component of payments by leveraging the old …10% ‘saving’ on tax if you pay cash.

The Italian Mafia have mastered the art of ascertaining probable business turnover, simply by having their ‘field personnel’ observe, in close proximity to the business and count total customers entering the establishment. Combined with the average transaction size, they deduce hourly, daily and weekly turnover value and then apply their ‘protection percentages’ as payment for the business’ obligations. It’s simple and it has worked for many decades.

The ATO, The Black Economy Taskforce and the Government of the day, like the Mafia, are in the business of extracting money from the working population. To do this more effectively and reduce the burden on the wider community, these government employees need to get out of their offices and start investigating business in the field by observing and taking note of what probable turnovers are and then calculate expected tax payable amounts they can serve on these businesses.

The alternative, is that the Cash Economy will continue to grow and Taxation Inequality amongst the nation’s population will still remain into the future and despite the politicians claiming that we have/will have a fairer tax system, we won’t. 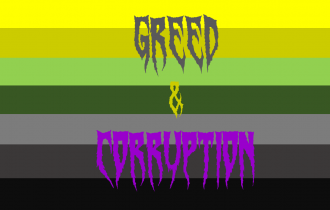